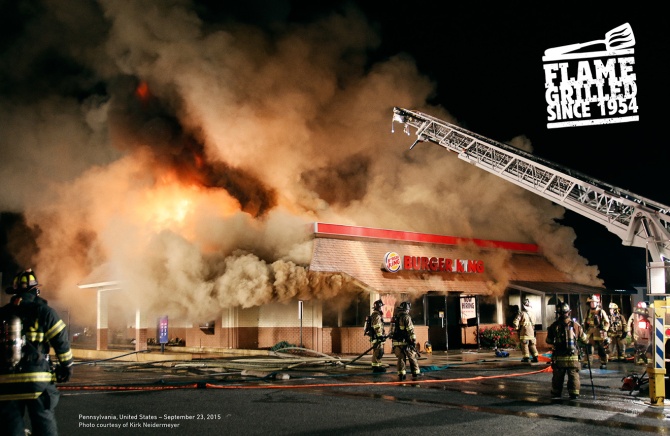 Burger King is back in the game. And this time not in just a smokin’ way, instead in a flaming comeback.

In an amazing set of print ads, Burger King showed actual images of stores on fire – reiterating that their burgers are always tasty, juicy because they use real flames.

While most PR talk would insist to shy away from things that have been ‘negative’, Burger King took the bold step to actually turn that into something they are (in a rather quirky way), proud of.

No matter what, they wouldn’t compromise on their style of making some flaming, juicy grill burgers. Even if sometimes it leads to their own stores burning down.