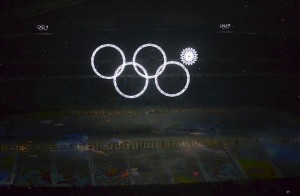 Winter Olympics in Sochi has been full of drama. Viewer ship levels for NBC has gone up by more than 80% compared with the 2012 London Summer Games. Even though NBC has been optimistic, people seem quite upset with the channel. #NBCFail has been one of the most trending hash tags on twitter. One of the key reasons being that apparently, USA has been cutting out some of the key clips from the Olympics. One of the major mishaps that occurred during the opening ceremony was when the fifth snowflake didn’t expand into an Olympic Ring.

I do really believe that real time marketing is like hedging. No matter how much uncertainty there is in the market, there is always a way to generate positive returns in all market conditions.

The mishap and negative publicity around the opening ceremony could have been used strategically by Audi to generate strong, ‘shareable’ and interesting content. The ad below is a fake Audi Ad created by an Audi Fan. The Ad is a witty manifestation of the mishap during the opening ceremony at Sochi stating ‘When four rings is all you need’. [Representing the Audi Logo]

Sadly, no one at Audi thought about engaging in some real-time marketing. It is a pity that Audi officially didn’t leverage on the concept themselves. Honestly, if they hadn’t thought about it, they should have at least given the creator some credit and/or a job at Audi.